my mechanics
تم نشره في 2020/12/19
It was in spring this year when I picked up this beaten up antique hand cranked hammer drill. My friend has found it on the steel waste together with the german „Weltrekord“ ratchet screwdriver. The condition of the drill was super bad. It was very corroded, had a lot of missing screws, the handle was in very bad condition and the crank was bent so much you couldn't even make a full turn. That's all said, it was the perfect item for a new restoration video.
At first I thought this should be a quick and easy project, but one problem after the other became visible and it turned out to be a real challenge. There was the big dent in the left side of the case. Usually you can't bend casted parts, but with a bit of heat and careful pressure on the arbor press I was able to remove it a bit. It also worked to get rid of the warping with some heat. For the finish of the housing I wanted to have an antique cast aluminium look. I thought it would look very cool if I could tumbler these parts after sandblasting. I ended up building a huge rotary tumbler from scratch and it worked very well (video link below).
Another big issue was the tool holder and the drill bit, as they were both completly rusted. Big thanks to @Hand Tool Rescue at this point for helping me out with the dimensions on these two parts by disassembling and measuring his own hammer drill. After a bit of search on eBay I found a set of original Rawlplug drill bits. After they arrived I was able to measure the shaft and the taper of the drill to then turn a new tool holder. It all worked out very well and yes, the drill only holds with the taper ;-)
Before I even started this project I just had one question in mind „How am I going to replace the messed up handle cover?“. My first idea was to wrap it in nice black leather like steering wheels are made. That would definitely work, but that's something I've never done before so I was quite sceptical. Then the idea of a heat shrink tube came up. That would be a very easy solution, but heat shrink tubes don't have any structuires to it and it wouldn't quite fit the the rest of the tool. Thanks to the research of my Patreons and channel members, they have found very special heat shrink tubes that have a structure in it. I really liked it as it almost looked exactly the same like the original handle.
After all it was a very intense and time consuming project. I've done so many hours of research on this one and I had to learn new skills. I'm very happy how it turned out.
I hope you like my work and the video.
Huge thank you to all of my Patreon supporters and specially to:

If you have any questions about the process, machines i'm using or other stuff, just ask me in the comments. I read them all and i try to reply as soon as possible.
Sorry for my bad english, it's not my language. I try my best to improve my technical english.
Subscribe for more of my content. I'm uploading videos about mechanical stuff, as new creations and buildings and also restorations.
Thank you for watching :-) 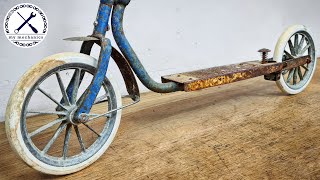 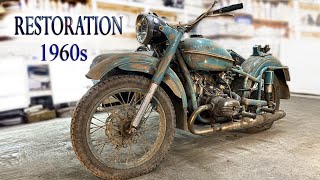 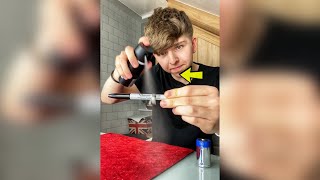 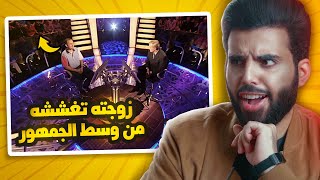 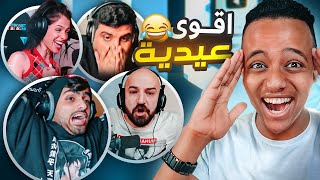 Making of futuristic motorcycle - I Modified Scooter to the two-wheeled vehicle
Meanwhile in the Garage
عدد المشاهدات 24 مليون
22:52